He is a steadfast and firm Sunni Hanafi (Barelvi).

His birth name given at the occasion of his aqeeqah (the sacrificial offering given after birth) was “Ahmad”, in poetic verse he has said his full name is:

Family: He belongs to the Shaiekh family of Yemen, who were traders and by the blessings of Hazrat Saiyyidinaa Aboo Bakr (Radiyal Laahu ‘Anhu) embraced Islaam. Some of his ancestors came to India for the purpose of trading and settled there. The elder pious men of his family were traders by occupation and were Sufi by nature.

He had eleven siblings of who the two eldest brothers passed away at a very young age, and later on a sister also passed away.  Including him there are now three brothers and five sisters who are alive by the grace of Allaah Kareem.

Early Education: He spent his early childhood in Okara, Punjab and received his early religious and worldly education from Ashraf-ul-Madaaris High School and Jaami’ah Hanafia-Ashraf-ul-Madaris on G.T Road in Okara. At the age of eleven he memorized the Holy Qur’aan by heart (Hifz) from Maulana Qaari Muhammad Abdul Lateef Amjad Saeedi. He passed his matriculation from Government Boys Secondary School No.1, P.E.C.H Society in Karachi in 1971.  In 1973, he completed his Intermediate from Government National College in Karachi, then did his further studies privately and then completed his PhD from abroad.

Furthermore, from the renowned and respected scholars of Madinah Munawwarah, Damascus, Baghdad, Turkey and Delhi he received certificates for Hadees and Tafseer and permissions.

During the time of school and college, Dr. Allamah Kaukab Noorani Okarvi participated and won many prizes in the numerous debates, Qiraa’at (recitation of the Holy Qur’aan) and recitation of Na’at (Praise of the Beloved Holy Prophet (Sallal Laahu ‘Alaiehi Wa Sallam)) and developed a deep attachment towards poetry and literature. He was the president of the Literary Society in school, and was also the editor of his school’s monthly literary magazine.

In the art of calligraphy he received direction from Maulana Qaari Muhammad Tufaiel Amritsari and Haafiz Muhammad Yoosuf Sadeedee who was known as the Calligrapher of Islaam.

When he was a student, he formed an organization called Bazm-e-Shaheen-e-Pakistan for students and youngsters whose purpose was to promote education, help needy students, and arrange Qiraa’at, Na’at and speech competitions, and to celebrate important Islaamic occasions.

He has been given permission and successions in all chains of religious and spiritual ordinance from nineteen respected holy masters of Arabs and non-Arabs.

In the Khatm-e-Nabuwwat Movement of 1974 and the Nizaam-e-Mustafaa Movement of 1977 Allaamah Kaukab Noorani Okarvi worked shoulder to shoulder with his respected father.

Since 1967 he has been broadcasted from Radio Pakistan, and from 1969 from Pakistan Television. He has appeared in fifty channels worldwide, and in more than two thousand televised programs.

Established Orator: While in university, he intended to become a teacher and lecturer, but his father wanted him to follow his footsteps and become a orator and aadeeb (teacher of refined manners).  Therefore initially working alongside and then from 1984, after the passing of his respected father Hazrat Allaamah Maulana Muhammad Shafee Okarvi (Rahmatul Laahi  ‘Alaiehi), he formally started giving speeches and lectures regularly and also began the Imaamat and giving of Friday sermons at Jaame Masjid Gulzaar-e-Habeeb (Soldier Bazaar) in Karachi that continues to this day.  Before this he had been doing mostly written work.

Prominent Endeavors: On 24 April 1984 he established the Maulana Okarvi Academy (Al-Aalami) and he is its founder and chairman.  He is also the founder of the organizations named Sawaad-e-A’zam-Ahle-Sunnat-Haqeeqi and the International Sunni Movement, and he is also the trustee of Masjid Ghausiyah Trust P.E.C.H.S Karachi.

These organizations are non-political, and he established them purely for the purpose of the propagation and education of true religion of Islaam and Sunni path, and for charity and social welfare.  These organizations have branches all over the world and are working remarkably and evidently.  Besides these, there are numerous deeds of continuous charity.

For the past 35 years on the auspicious occasion of Eid Meelaad-un-Nabee (Sallal Laahu ‘Alaiehi Wa Sallam), he started the series of designing and distributing a beautiful card, that every year has a new essay which is enjoyed by all.

International Tours: In 1996 he formed Jamaa’at-e-Ahle-Sunnat in America.  In some countries he formed the first religious schools (Madaaris).

Where he traveled frequently, he has until now converted more than three hundred of non-Muslims to Islaam. He has been ardently working to spread and propagate the path of truth, Ahle Sunnat Wa Jamaa’at, and also for the correction of beliefs, acts,and practices of people around the world.

He teaches selectively part time, but most of his interest is in research, literary composition and oratory. And till now he has given more than seven thousand speeches in public gatherings across the country and abroad.

He knows several different languages which include Urdu, Punjabi, Arabic, Persian and English.  And in his personal library there are more than forty thousand books in these languages.

He is also doing the English translation of the Holy Qur’aan.

Books and Publications: He has written many books in Urdu and English, his first book was published in 1988. The titles of his books are as follows:

Drafts of books are as follows:

And numerous writings of his have been published in:

One of his revolutionary achievements is the Video CD titles as “Aakhir ikhtilaaf kyun”(Why the Differences?). Which is very popular throughout the world, and for the correction of beliefs of millions of people, it has proved to be very beneficial. Besides these are the details of his extremely remarkable work and services. 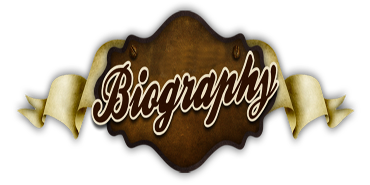 A unique collection of Hazrat Allaamah Kaukab Noorani Okarvi’s (May his grace continue) books in English and Urdu. Filled with immense details for correcting our beliefs and enlightening our knowledge. A must read….!

Hazrat Allaamah Kaukab Noorani Okarvi (May his grace continue) explains each and every aspect of our religion with clear proofs and evidence from the Holy Qur’aan and Sunnah in his most captivating style. A must view….!

Newspaper clips of Hazrat Allaamah Kaukab Noorani (May his grace continue) will inform you of his great services and religious involvement for more than last three decades. A must read…..!

Founded and chaired by Hazrat Allaamah Kaukab Noorani Okarvi (May his grace continue). The vision of this Academy is to propagate his teachings in the light of Qur’aan and Sunnah. A must connect..!

A hundred and twelve year old Masjid of Ahle Sunnat Wa Jamaa’at in the heart of Karachi. Most of its architecture is designed and planned based on the features of Masjid e Nabavi Shareef. A must visit…!